Eine deutsche Version dieses Artikels ist beim hpd am 7. Juli 2020 erschienen.
A German version of this article has been published by the humanist press service (hpd) on Juli 7th 2020.

“Pastafaris wear colanders as headgear!” This sudden inspiration struck me over ten years ago when I as a member of the Church of the Flying Spaghetti Monster decided to express my Pastafarian religion on my driver license. Just as followers of other religions exercise their special right to don religious headgear. It was as if the Flying Spaghetti Monster’s Noodly Appendages had touched me to let me know.
So I became a witness to the rare event that a religious doctrine was expanded through personal transcendent experience – in fact in my person. The teachings and rites of religions did not exist forever, they are human experiences and traditions that are constantly emerging, changing, adapting and sometimes expire. They suddenly appear, are integrated into tradition and develop into a religious culture. Thus, the pasta strainer on the head became the accepted and worldwide practice for Pastafarians.

Pastafarianism and the Church of the Flying Spaghetti Monster are only 15 years old. That is very young for a religion. But Scientology is young too, not even a hundred years old. Islam has been existing for almost 1400 years, but Catholicism, Judaism or Buddhism are also not much older. So far, all of them have survived only a comparatively short span of human history. Still, there was more than enough time to systematize teachings and organize believers.
There is no such thing as unorganized religion. Religion always assumes the shape of organized religion. Every religion is also culture and ideology at the same time. And above all, religion is a community that unites behind a doctrine of faith and is constituted through rites. It is a human trade that eventually always tries to secure a special position in the organized community of the state. 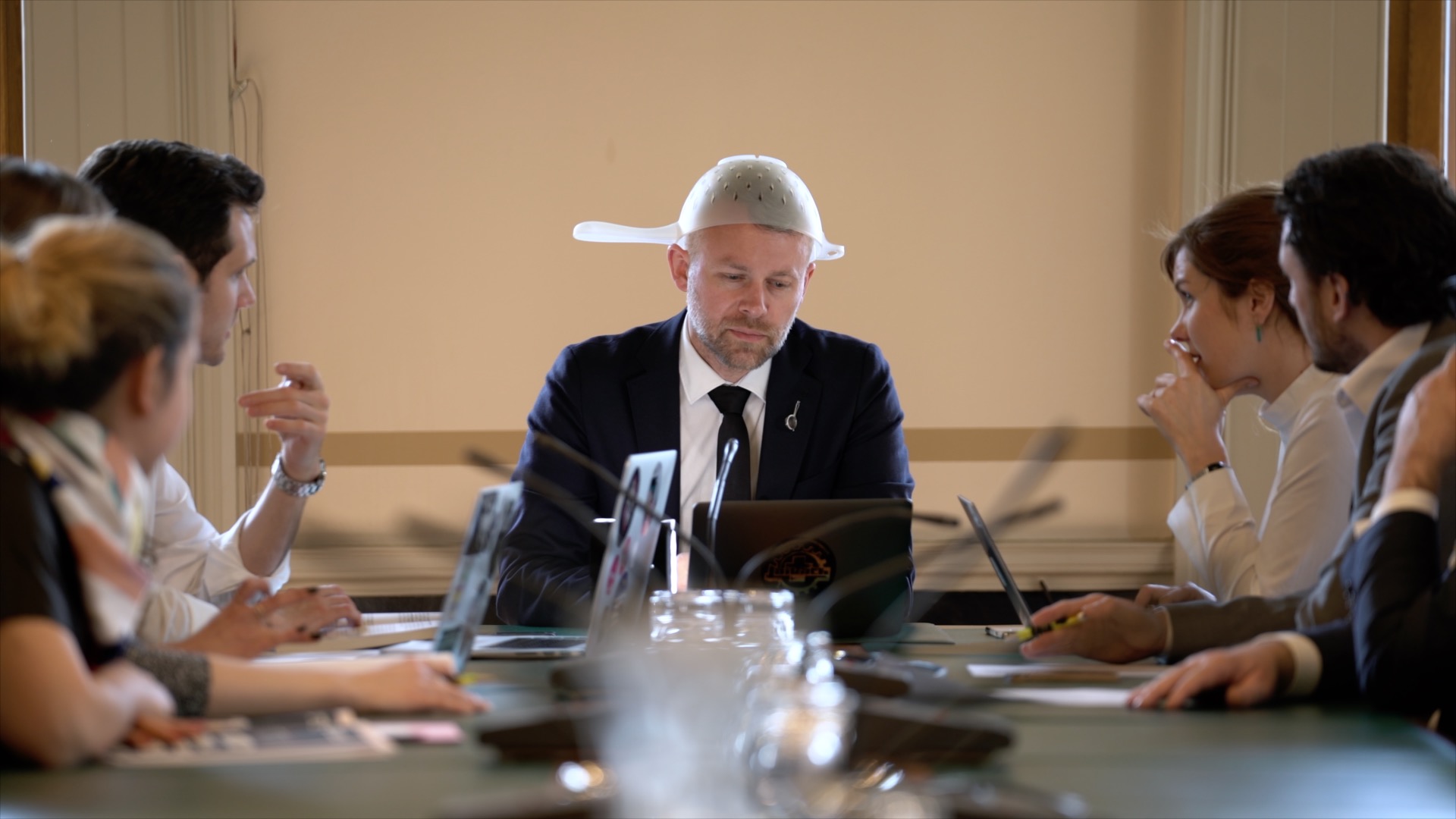 The relationship between state and religion

A wall of separation between republic and religion, as established in the First Amendment of the American Constitution, is a historic stroke of luck that can be traced back to the founding of the United States during the Enlightenment. The country was not preceded by a strong monarchical connection between the state and the church that would have first had to be dissolved like in Europe. It should not be forgotten that the real political connection between religiosity and politics is strong in the USA and that the wall of separation is very often ineffective in practice. [A good read on that is “Godless Citizens in a Godly Republic” (WW Norton & Co) by Laurence R Moore and Isaac Kramnick.] But the institutional connection is much stronger in Europe, also because there was no tabula rasa situation for the young republics that freed themselves from their monarchist roots. The entanglement of religion and state in Europe is historically very advanced, diverse and complex – an unsolvable Gordian knot

The process of separation of church from state, which also began in Europe with the Enlightenment, was only really completed in a few countries, such as France. After the First World War, the Catholic Church cleverly used a politically unstable situation on the continent to establish a new “partnership between state and church” with the fascist systems in Italy, Austria and Germany. The so-called concordats are special international treaties that grant the Catholic Church special privileges in its form of the Holy See (roughly equivalent to the Vatican). As a result, the Catholic Church was suddenly an equal partner. In Protestant countries, the picture was different and the Nordic and Scandinavian countries traditionally had state churches up until this millennium. Nevertheless, their populations are among the most godless. [ The sociologist Phil Zuckerman has written a book about Sweden’s and Denmark’s godless societies entitled “Society without God: what the least religious nations can tell us about contentment.” (New York University Press)] In Eastern Europe, Christianity, especially in Poland and Russia, submerged communism in order to reassert its political influence after the collapse of the Eastern Bloc. Some countries, such as the Czech Republic or Slovenia, used their new democratic constitutions to establish a separation of state and religion.
What most European countries have in common though is that, unlike the USA, religiosity has largely taken a back seat.

Wrong neutrality – the Pastafarians fight back

Despite rapid declining numbers of religious believers most states don’t want to give up the historical privileged status of religion. Many European countries therefore try to create something like “ideological equidistance” by expanding the privileged status of religion through the inclusion of new religious communities. These are complicated constructions that discriminate smaller and younger religions such as Pastafarianism or other non-religious ideological communities. Equality therefore only legally extends to those who are members of the club. That is obviously unfair.
In order to receive the same special rights (e.g. religious education in schools and universities, tax breaks, subsidies) as established religions, the Pastafarians in Austria have since 2014 undergone a process to become officially recognized by the state. The constitutional court ultimately rejected the application in 2019. An appeal against this supreme court ruling to the European Court of Human Rights is still pending.

Is Pastafarianism a real religion?

Very often the question was asked in this process, “What is a real religion?”
Austrian law clearly standardizes this. There has to be a cult, an organization and a connection to transcendence in its doctrine. All of this exists in Pastafarianism and the Church of the Flying Spaghetti Monster. The supreme judge had also determined that the establishment community alone (a criterion he had invented) was too little for him. Ultimately, however, he could see no difference in the nature of Pastafarianism compared with traditional religions. And there is none. Pastafarians define themselves as a religious community. That means the basis for their teachings consists by definition of unprovable claims, such as those found at the core of every religion. After all that is what faith is all about. This distinguishes belief from science, where claims are made verifiable with logic and empiricism. This is not possible with questions of faith.
The fact that pastafarianism was unequivocally recognized by the Republic of Austria as a “religion” is at least a partial success of the process.

The challenge of the rule of law and society through Pastafarianism is ultimately to question religious privileges by the Church of the Flying Spaghetti Monster claiming these special rights for itself.
Why are there some exceptions from other generally applicable laws for certain religions? [I highly recommend Brian Leiter’s book “Why Tolerate Religion?” (Princeton University Press)] Pastafarians formulate this question supposedly satirically through their actions, but on closer inspection the motivation is irrelevant. Whether Catholics actually believe, whether Muslims are purely traditional or whether Pastafarians are motivated by humor or subversion in their actions must make no difference for equal treatment by the rule of law. Just like the statement “I am carrying a bomb with me” by the airport security staff must not be classified as satire, but must be taken seriously.
The legal systems worldwide differ greatly at the national level, which is why the Pastafarian movement is shaped completely differently. During my visit to the Russian Pastafarians, I experienced a high degree of organization in the Pastafarian community, also because recognition at the local level is easily possible. In Austria, Poland and the Netherlands, Pastafarians try to establish equal treatment with other religions through the legal process. And in Italy, the UK or Germany, this young, fast-growing religion is more focused on establishing new traditions. But we’re all pulling together (on the same Noodly Appendage of our carbohydrate-rich God, the Flying Spaghetti Monster).